How to know if you’re in ketosis: The best indications

A ketogenic diet is a way of eating that leads to ketosis. But what exactly is ketosis? And how do you know you are in ketosis (a.k.a. a ketogenic state)?

Ketosis, or nutritional ketosis, is the scientific name for when your body uses ketones and fat for fuel instead of carbohydrates. Typically, ketosis goes along with your body generating ketones, called ketogenesis or being in a ketogenic state.

While in a ketogenic state, your blood will have elevated levels of ketones, which are produced by your liver when your body is burning fat. Sometimes even medical professionals will associate this biological process with diabetic ketoacidosis.

But how do you know if you’re in ketosis?

How to know you’re in ketosis

One of the most common ways of testing for the ketones are urine test strips. These are used commonly by diabetics to make sure their ketone levels are safe. These strips are easily available at most pharmacies, and are relatively affordable, making them a very simple way.

The downside is that because they specifically measure excess ketones rather than simply the presence of ketones, they are not as helpful for keto-ers who want to know whether they are in ketosis. That being said, they can be a good motivator for people that are just starting their keto journey.

For those curious keto-ers wanting to prove they are indeed producing elevated levels of ketones, a blood test will give the most accurate results. These blood tests measure the presence of ketones, rather than measuring only the excess of ketones.

Testing for these ketones, while very similar to glucose tests, requires specific strips and a meter that can test for ketones. Most glucose meters can only test glucose. If you want a meter that can test both ketones and glucose, we recommend the Keto Mojo meter. In these blood tests, ketosis is indicated if the result is between  0.5 – 3 mmol/L.

Other indications of ketosis

If you do not have access to or do not want to use a ketone meter or urine test strips, no worries! If you pay attention, you will likely notice clear signs that you are in ketosis, whether you have a test to prove it or not.

What do my ketone levels mean?

One final note when it comes to ketosis and measuring ketones. If you choose to test your ketone levels, a higher number does not equate to faster weight loss, or mean that you’re doing keto “better” or that you’re deeper in ketosis.

Remember, nutritional ketosis is measured when blood ketone levels reach 0.5 – 3 mmol/L. If you are on the lower end of that range, you’re still in a ketogenic state! Never measure your success based on someone else’s results.

When I start keto, how long does it take to get into ketosis?

There’s not one single answer to this question. For some people, it might take a matter of hours. (For example, the time between dinner and breakfast.) For others, it could take several days. Factors include age, level of physical activity, metabolic health, and more. Typically, you can expect to be in ketosis within 2-4 days of cutting back significantly on carbs, but everybody is different!

How to get into ketosis fast

Keep your carbs low, and don’t stress about getting into ketosis fast. Everyone’s body and circumstances are different. Your body will figure out what to do!

How to stay in ketosis

The best way to stay in ketosis is to keep your carbs low. This will allow your body to continue to use your fat for fuel instead of carbs.

If you’re sick of the meal prep and carb counting that comes with a low carb or keto diet, then check out Keto Chow. Keto Chow is a meal replacement shake that’s low in carbs and has 1/3 of your daily recommended nutrients and protein. That means you can replace the hassle of making messy bacon and eggs in the morning with something that takes only a minute to make!

Miss those high carb sweets and treats? Choose from over 30 flavors of shake mixes that taste just as good as the high carb stuff, like Chocolate Toffee, Irish Cream, Strawberry and more!

To make Keto Chow, simply add your choice of fat, a serving of Keto Chow and two cups of water into a BlenderBottle®. Then shake, refrigerate and enjoy.

Lactose intolerant? Check out our powdered egg whites, which are a great protein to add to bread, shakes and other recipes! 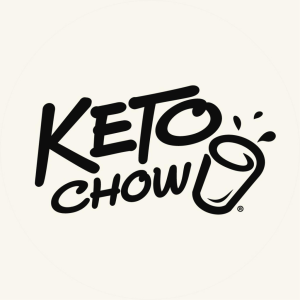 Dietitians Association admits they were wrong about Salt, Cholesterol, Saturated Fat and Sugar

What is MCT oil? Do you need it to be successful on the keto diet?

With all the recent hype, if you’re new to keto, you might think it’s part