Yesterday marked 8 months doing ketogenic “soylent”, and the day before that was my 20 year High School reunion. At the reunion I kept getting “wow, you look exactly the same!” probably because the organizers made us name tags that had our Senior portraits on them. If I remember correctly I was about 200 when I started my senior year and about 210 when I graduated. so technically I weighed a bit less then 20 years prior. I was really working on hitting One-derland before the reunion but didn’t quite make it =( It was nice to be the skinny(er) guy for a change. It was also nice that the dinner had keto friendly foods: Prime rib, as well as some meats and cheeses. Should have gotten a second plate of prime rib.

About a week ago I finally broke through my stall. I had been moving up and down between 206 and 211 for nearly a month. I’m thinking the likely culprit was Malitol which is a “sugar alcohol” that isn’t absorbed and used as quickly as glucose but it still eventually gets through. Other sugar alcohols are much better (Erythrotol and Xylotol) and aren’t a problem. Unfortunately most “sugar free” candy uses malitol so I stopped eating any of that and my weight started moving again. 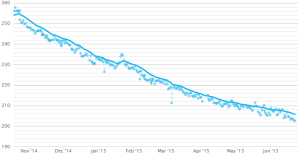 Weight progress up until today. 55.4 lbs down in 8 months.

Taken 4 days after I started Keto, weighed 257.8 lbs when I started 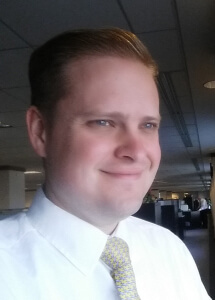 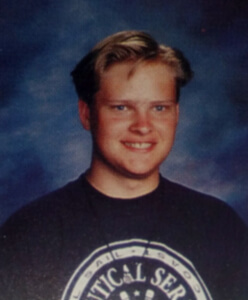 Chris
Chris Bair is a technology and computer geek. He became involved in the nutritionally complete "future foods" movement in January 2014, originally with a conventional recipe and later switching to a high fat, low carb "ketogenic" variant on October 2014. In January 2015 he created the recipe for Keto Chow and released it without restriction for anyone to use, at the same time he began mixing the recipe up for people that wanted a finished product and has seen steady growth in the business every month since.
See All Blog posts

So you’ve cut down on carbs, you’re eating fatty proteins and non-starchy vegetables, and you’re

The 100 days of Keto Chow only is still going well. I had some Keto

Not much is going on, settling into my new job. My tooth still hurts so